Home / Sessions / Disinformation: How Wikipedia is contributing to historical revisionism in Japan
IAC 2021 / 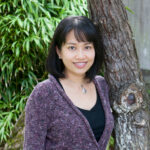