In 2012, President Barack Obama introduced his Digital Government Strategy (DGS) attempting to create citizen-centric Federal Government websites and requiring that they include Voice Of the Citizen/Consumer (VOC) feedback mechanisms.

This gave rise to a new breed of US Government websites and helped usher in an era of digital citizen engagement, including the development of a Federal Government-centric approach to usability testing activities.

This presentation provides a brief overview of the DGS and examines some of the issues affecting its implementation, especially the Paperwork Reduction Act (PRA), with its limits on government data collection and concerns related to the collection of citizen Personally Identifiable Information (PII).

It then revisits a 2013 case study presented at (IA Summit and UXPA) on large scale card sorts and tree tests as mechanisms for improving one federal agency website’s information architectures by leveraging VOC citizen engagement and large-scale unmoderated card sorts, including intentional oversampling and (then) novel recruitment approaches.

The presentation then updates the 2013 case study with a new 2019/2020 case study for a different federal agency, considering how the original approach has evolved and formalized.

Attendees will learn about the DGS, VOC approaches, and learnings from large-scale online card sorts and tree tests performed on behalf of Federal Government Websites. They will learn about card sort and tree test minimum/optimum sampling as well as a DGS-specific justification for deliberate oversampling. They will also learn how large-scale card sorts, tree tests, and similar online usability testing activities, can inform and improve formal, moderated usability testing activities. 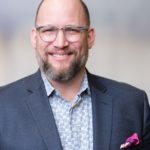 Jeff Pass made his first website in 1997 and has been involved in digital communications, design, usability, and IA ever since. For the past 23 years, he has been a federal contractor and has worked on dozens of digital government sites including COVIDtests.gov, USPS.gov, HealthCare.gov, CFTC.gov, and MyHealth.VA.gov.

Jeff attended his first IA Summit in New Orleans in 2012 and most Summits thereafter. He was Diversity & Inclusion co-director for the inaugural IA Conference and has been an IAC organizer/volunteer ever since. He helped draft the original IA Summit code of conduct and to adapt and iteratively update it for the IAC.

Jeff is very excited for the IAC to return to NOLA!

Beyond IAC, Jeff has helped organize other industry events including World IA Day DC, UXDC, DCUX, GoodGov UX, IA Summit, and UXPA DC. He has also helped organize and lead UX and IA communities of practice for his employers since 2007.

Jeff lives in Takoma Park, MD with his beloved family. He is an audiophile, cinephile, bibliophile, epicurean/mageirocophile, and LEGO maniac.