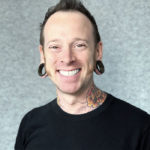 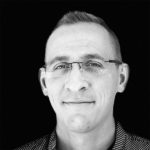 There are many challenges to shipping successful product and service innovations, but “having a good idea” is rarely one of them. Instead, one of the biggest roadblocks to bringing a new innovation to life is telling the story of the innovation in a way that is charismatic, compelling, and persuasive. To help a company drive towards a north-star, team members and stakeholders need help imagining a new vision of the future, and understanding why that future is valuable. This storytelling is fundamental to design strategy: it’s a way of selling-in innovation.

During this hands-on workshop, facilitators Jon Kolko and Matt Franks will introduce a three-step process for bringing an innovation to life in a way that drives alignment and generates groundswell. This process includes:

– Building a succinct and concrete value proposition
– Drawing a new, optimistic vision of the future
– Structuring and telling a persuasive story

It is helpful, but not required, if participants have experience:
– planning, conducting or managing ethnographic research
– working with (and feeling the pain of) groups with varying, and often contradictory, perspectives and ideas.
– creating rudimentary drawings and sketches