A formerly secret IBM-funded research project 0f 1978 was the earliest interactive design in arts education and was among the last and least known projects from the legendary designers Charles and Ray Eames. The game led viewers to recognize the styles of Impressionist and Post-Impressionist painters through random selection, simple interactions, and feedbacks ranging from “good guess” to “no way” for the response to a given work in a given artist being studied. A fascinating project from the dawn of interactive design and IA, the Art Game employed a combination of systematic structure with a hand-crafted behind-the-scenes information architecture to the traditionally “soft” subject of art connoisseurship. Never published until recently, this approach may inspire new applications in other areas involving visual discrimination and recognition. 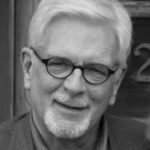 Jim Hoekema has been an interactive multimedia and user experience designer for 40 years. Trained as an art historian and as a book editor, he started as a designer at the Office of Charles and Ray Eames with the “Art Game” project to be described in this talk. In the years since then, he has worked as: an independent consultant for numerous clients; as design director for interactive multimedia publishing at Philips Electronics in the U.S. and Europe (1987-2001); and as a user experience architect for the consulting firm Accenture (2008-16). He has published articles on interactive design in professional journals and on art, architecture, and historic preservation in publications such as Artforum, Arts, and Architectural Digest. He holds two masters degrees in art history from Columbia University.