In our society, and in our language, we have conventions. These conventions help us make sense of things. But they can also *limit* sense-making.

Take the conventional gender binary, for example. How many people living inside it realize that it is artificial? We know it is because in some pre-colonial and non-Western cultures, gender taxonomies have evolved that aren’t strictly binary. Yet this binary stubbornly persists in our wayfinding, in our public and private architecture, and even in our language, constraining our sense-making. Binaries and other forms of categorization are considered to be born of logical necessity, but how logical, and how necessary, truly, are they?

In this talk we’re going to confront these uncomfortable questions head-on. We’re going to explore how conventions and categories, at a root level, are the greatest responsibility and the most difficult challenge of information architects. We’re not just going to talk about bathroom signs, we’re going to attempt to provoke a conversation aimed at the heart of how our society imposes imperfect categories on its members, and demonstrate with specific examples of design artifacts, what the consequences, both visible, and invisible, of this force-fitting can be.

We hope the discomfort that is inherent in this conversation forces people to confront the real-world human effects of the sense-making we all do as professionals and as humans. 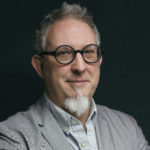 Bram Wessel (He/Him) is an information architect, husband, and father. His experiences as a parent of a gender-transitioning, neuro-atypical child have reinforced his strong conviction that as we plunge headlong into the unplanned remaking of our society through the digitization of experience, we must vigilantly preserve that which makes us human. Bram has advocated for human needs and goals in his IA and UX work for a diverse array of organizations as co-founder of Factor, an information architecture and human experience consultancy. 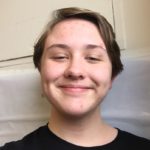 Deck Wessel (He/Him) is a sophomore at the Center School, an arts-focused program in the Seattle School District. Deck is studying studio art, poetry, and drama along with his standard academic classes. Deck is Co-Captain of the Center School’s Improv Club and has appeared in the School’s productions of Romeo and Juliet, and A Mid-Winter Fever Dream. In summers, Deck tutors at John Rogers Elementary through an extension program of the Seattle School District.

Deck wishes to address the IA community because he knows from his father’s work that it’s a community that is concerned with how we label, define, and categorize things for greater understanding. As a teen who has transitioned from the gender he was assigned at birth, Deck speaks with authority and insight about what it’s like to live inside a society where normative identities, whether they are gender, physical ability, or neurology driven, are often imposed, and sometimes coerced. He has experienced first-hand how our language, institutions, and infrastructure are ill-equipped to accommodate non-conforming identities.

In his spare time, Deck plays bass guitar in a punk band with his friends.