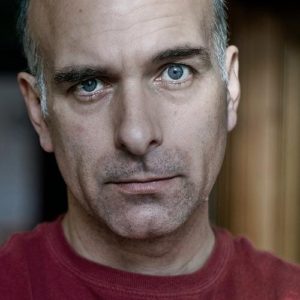 Tim Caynes is Principal Designer at Foolproof, meaning that he’s responsible for the integrity of the design thinking behind the experience design work. It actually means he spends a lot of time peering over people’s shoulders poking at their screen saying ‘what’s that? what’s that? what does that do?’ or prowling around a studio with a dangerous and volatile mix of whiteboard pens and permanent markers, shouting ‘WHAT ABOUT THE NARRATIVE? WHAT ABOUT THE NARRATIVE?’ while a trail of post-its and A4 paper waft through the air like the fallout from a creative fusion.

Outside of work he likes to misuse cheap Zinfandel in the gaps between the logistics of living in Norwich and working in London with three teenage children and a labradoodle while lists of things he’s supposed to have done already grow ever longer.