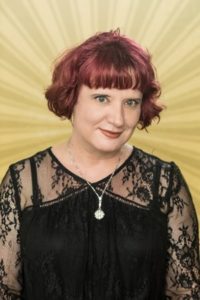 Mykle Brossette is a New Orleans based Independent UX Researcher and Designer with a love for Information Architecture. When it comes to her work users are never questioned as to whether they should be involved in design, and sometimes in her personal life. The most vulnerable in society are often the most overlooked in technology (and many other areas but that’s a talk for another day).

Her background varies in hands-on-work starting out in the field of ‘film, theater, and fine arts’ then moving into software development. And then another career change into the ever morphing world of User Experience where she ended up doing Human Factors Engineering work on Medical Devices. Fast-forward a few years later and she’s available for work capable of translating UX from digital to non-digital products and services.

She’s definitely a Generalist, but calls herself a Specialist since it makes more sense to people for some reason. Her “speciality” would be Human-Computer Interaction that she got her Master’s in from DePaul. Maybe ‘UX Transformer’ is a better title? Hopefully, in the near future, she’ll find a more specialized niche. Until then, her curiosity has her chasing one shiny topic after another.