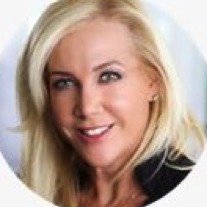 Marla Hunter is the Head of People Operations at Tradesy, Inc., a growing startup in Santa Monica, California. She has over 20 years of experience in management, leadership and organizational development across a wide variety of industries. Previously, Marla held the position of SVP, People of Truecar, Inc., where she took the Company from a private technology startup of fewer than 50 people in 2010, through a Corporate merger, several key acquisitions and an IPO, to become a thriving public Company of over 500 employees with multiple locations by 2014.

Marla specializes in the creation and development of programs, strategies, and methodologies customized to respond to the needs of the many different types of environments she serves, with a strong emphasis on fostering culture that reflects a Company’s values. Prior to her life in Silicon Beach, Marla directed all phases of operations for multi-million dollar development projects at Brown Development in Maui, Hawaii. She also served as General Manager of HR Operations for the Yucaipa Companies where she oversaw day-to-day operations as well as managed large budget projects, including the conversion of a historical landmark building into luxury office spaces. She began her career with a successful start-up, Doctors On Call, building a tourist-oriented medical services business from the ground up. Marla attended University of California at Santa Barbara where she studied English and Sociology.