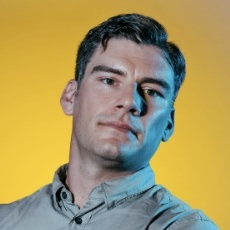 Justin Manor is a co-founding partner at Sosolimited, an interactive design studio with offices in Boston and San Diego. He focuses on the creative applications of new technologies in entertainment, architecture, and communication. Most notably, Sosolimited has created Twitter driven lightshows, an algorithmic clothing line, and a chandelier that tells us about resource scarcity. The studio has performed and exhibited artwork internationally at festivals and museums including Ars Electronica, Transmediale, The Walker Art Center, Cooper Hewitt, Shanghai Biennial, and the ICA Boston. Justin is a graduate of the MIT Media Lab, and holds degrees in Media Arts & Physics.