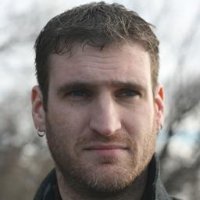 Jonathan “Yoni” Knoll is an experience designer who has spent more than a decade engaged in nearly every facet of software design and implementation. He brings UX deliverables to life through his extensive knowledge of prototyping, and his skills have been brought to bear for Futuredraft, Nasdaq, Standard & Poor’s, The Gilt Group, Happy Cog, and many others. He’s rocked the UX casbah on projects for S&P, Mozilla, Time, Purex, Keds, Gilt, and ADP, and his solutions have a penchant for seeing the light of day.

He’s served as an advisor for Rosenfeld Media as well as the IA Institute, and as the man behind the UX scene, Yoni has been responsible for over a dozen IxDA and IA Institute websites, and served as Technical Director for Interaction12 in Dublin.