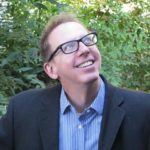 Michael Haggerty-Villa is a design systems lead at Intuit, where he directs the development of the QuickBooks Design System as well as the Intuit content design style guide. He has worked on design systems and style guides for brands such as Disney, eBay, Mint, and TurboTax. He has also guided content strategy projects at HPE Software, Kaiser Permanente, Yellowpages.com, and DIRECTV.

Michael is the founder of Content Strategy Los Angeles and also organizes meetups in San Francisco, San Jose, and other cities.